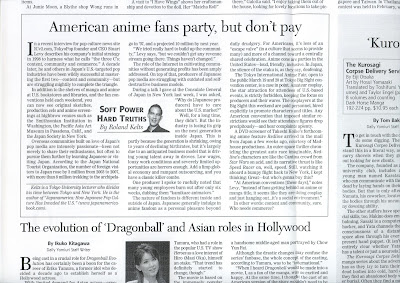 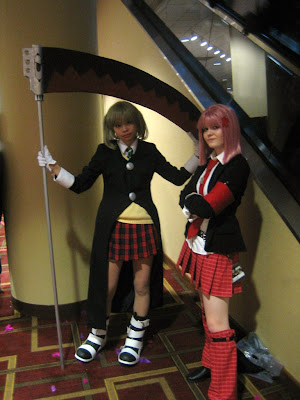 On the challenge of monetizing American fandom as Tokyo Anime Fair 09 switches into full gear this weekend -- in the Daily Yomiuri:

In a recent interview for pop culture news site ICv2.com, TokyoPop founder and CEO Stuart Levy describes his company's initial strategy in 1998 to harness what he calls "the three C's: content, community and commerce." A decade later, he and others in Japan's U.S.-targeted pop industries have been wildly successful at mastering the first two--content and community--but are struggling mightily to complete the triangle.

In addition to the shelves of manga and anime at U.S. bookstores and libraries, and the fan conventions held each weekend, you can now see original sketches, production cels and anime screenings at highbrow venues such as the Smithsonian Institution in Washington, the Pacific Asia Art Museum in Pasadena, Calif., and the Japan Society in New York.

Overseas communities built on love of Japan's pop media are intensely passionate--keen not merely to share their enthusiasms, but often to pursue them further by learning Japanese or visiting Japan. According to the Japan National Tourist Organization, the number of foreign visitors to Japan rose by 3 million from 2003 to 2007, with more than 8 million trekking to the archipelago in '07, and a projected 10 million by next year. 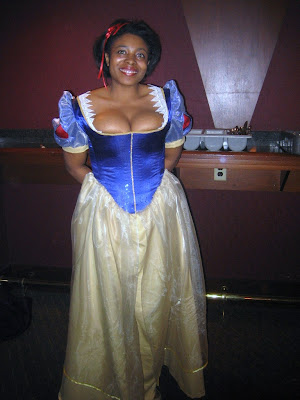 "We tried really hard to build up the community," Levy says, "but we couldn't get any revenue stream going there. Things haven't changed."

The role of the Internet in cultivating communities without generating profits has been amply addressed. On top of that, producers of Japanese pop media are struggling with outdated and self-destructive business models.

During a talk I gave at the Consulate General of Japan in New York last week, I was asked, "Why do [Japanese producers] have to care about the U.S. market? ..." [read more here] 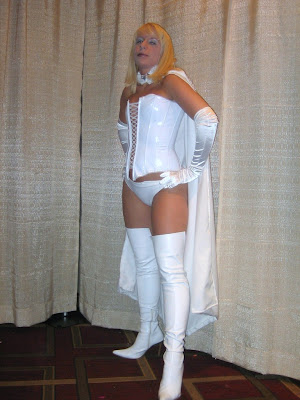 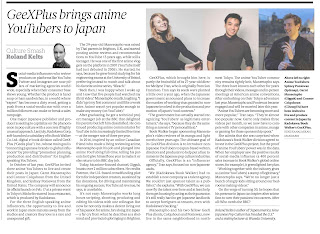 GeeXPlus brings anime YouTubers to Japan The Japan Times Social-media influencers who review products on platforms like YouTube, Twitter and Instagram are now pillars of marketing agencies worldwide, especially when their consumer base skews young. Whether the product is hand soap or ham sandwiches, in a world where “expert” has become a dirty word, getting a push from a social-media star with over a million followers can make or break a sales campaign. One major Japanese publisher and producer is seeking to capitalize on the phenomenon in pop culture with a concrete if highly unusual approach. Last July, Kadokawa Corp. soft-launched a subsidiary of its Book Walker Co. Ltd. digital e-book division called GeeXPlus (“Geeks plus”) Inc., whose main goal is “connecting Japanese brands to global influencers” by providing “promotion planning, production and distribution” for English-speaking YouTubers. In October of last year, GeeXPlus invited three anime YouTubers to live and cr
Read more 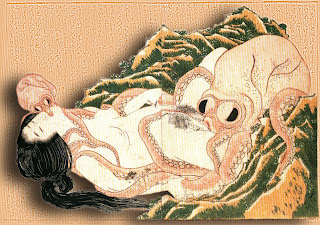